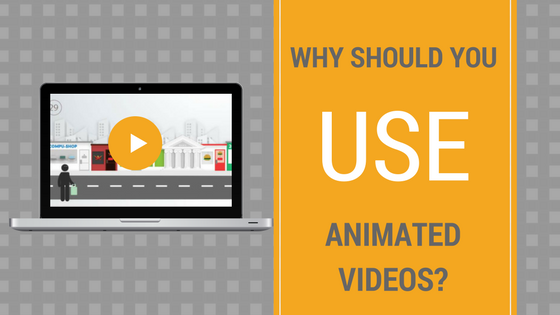 In my experience and opinion, there are seven key reasons why you should use animated explainer videos.

1. The data speaks for itself

There is a lot of research to support how powerful videos are in engaging your audience and getting your message out there. A 2017 article by Invisia, listed some powerful statistics about why you should use videos in your business. Here are the first three statistics:

You cannot afford to ignore statistics like these. If you do, you risk losing some BIG opportunities to reach, engage and connect with your audience – whether they’re learners, customers, prospects or staff.

2. Animated videos are more effective at getting your audience’s attention

Use animated videos to go beyond just text. Graphics, video effects, voiceover and music are all used to create a highly engaging and visually rich experience for your audience.

Remember the phrase “A picture paints a thousand words”? Then think about the power of a moving, highly visual, audio-driven video.

In an information overload society, your audience does not have the time to read dense paragraphs of text. Use animated videos to cut through the text density and get your message across quickly and easily.

Do you need more than one video creating? Perhaps you need different videos to market different products and services? It’s easier and cheaper to achieve this by having a series of animated videos created, than using filmed video. You can reuse graphics and visuals in multiple videos. This saves production time. In other words, create more animated videos for less cost.

4. Animated videos are cheaper and quicker to produce than filmed video

Unlike filmed videos which need real people and locations, for animated videos you don’t need to pay for:

Filmed video also takes longer to produce. You have to plan ahead and book locations, actors and any studio times. All this planning means filmed video can take a few months to produce.

Animated videos don’t need any of the above so can be created in a matter of weeks. In fact, we have scripted and produced a video in less than one week for a client who had a very tight deadline.

Let’s face it – everyone loves video. Think about your social media feeds. Would you rather watch a video or read a detailed paragraph about the same thing?

Because people love to watch videos, they’re more likely to click the play button when they see your animated video on your website or social media channels. And that means you’ve connected and engaged with them.

If you need to update your video, then it’s easier to update an animated video than a video which has been filmed.  For example, you may have rebranded your business so need to update the video with your new logo, fonts and colours. Or perhaps you’ve launched a new service and want to add some extra scenes to the video.

7. You don’t have to worry about being in front of the camera

Some businesses have filmed videos of key team members promoting their organisation’s products/ services. But, not everyone likes being in front of the camera. It can be a nerve-wracking experience. Animated videos don’t need people so no-one in your business needs to worry about being in front of the camera. Just get creative and enjoy the process of making a fun, eye-catching, engaging video for your business.

Hope this has been helpful in understanding why you can/should use animated videos.

Are you planning to use animated videos for your business? Get in touch to let us know what you’re planning – we may be able to help. 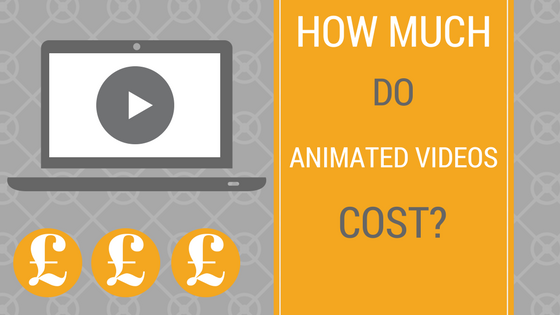 How Much Do Animated Videos Cost?

Like any new purchase, one of the first questions which people want to ask about animated videos is: How much does an animated video cost?

Video production is a very detailed and skilled process. Graphics, voiceover, music and effects all have to be designed, created and synchronised together to the nearest hundredth second. And synchronised to precision.

There are three types of video that can be created

Here at Eight Interactive we charge for every 30 seconds of video that needs to be produced for each type of video.

1. Scripted video where we write the script

This video uses a professional voiceover narration over the video. The narration might be telling a story, explaining how something works, promoting an offer etc. This type of video costs from £495 (ex VAT) per 30 seconds[1] of video. For this cost we do all the hard work for you where we:

The main factor which may change this cost is the technical nature of graphics. The more technical the image, the more work this will involve. However, you may have graphics which have been created for other materials (e.g. brochures, PDFs) which we can use for the animation. That’s a good start for us as long as the image is supplied in a vector format. We can the use the vector image and work our animation magic on it.

2. Scripted video where you write the script

This video also uses a professional voiceover, but you write the script to a set formula which we provide. This type of video costs £295 (ex VAT) per 30 seconds[1] of video. For this cost we’ll:

This type of video does not need a script. Instead, key messages are designed with animated text, photos and simple graphics. Video effects add extra punch to the message and help to engage the audience.

As with scripted video, we work with our clients closely to do all the above (excluding any script writing and voiceover recording).

There are software packages that can be used to create animated videos yourself. These packages provide a library of graphics, templates and music you can use and you can add your own.

Animated video software packages tend to be marketed with messages like “Create videos quickly and easily”. However, like any software, it does take time to learn how to use the features of the software. So that ease and speed of use is not immediate.

It’s also important to note that producing the video is only one part of the video creation process. You still need to complete the rest of tasks that animated video software does not give you. For example:

Our clients want a one-stop service to create an exclusive video for their business. And we provide that all-inclusive service so clients don’t have to worry about doing any part of the video production themselves.

If you have any other questions about the cost of animated videos, do get in touch.